The most beautiful icons in our home

The icon depicts a transformed world and a transformed man in glory and Divine grace, and for this reason, the characters on the icons can be said to be a kind of spiritual portraits. Every home, on its iconostasis, should have a spiritual portrait: of Christ, the Mother of God and the patron Saint of his family. These three icons are the basis of every family iconostasis.

Here is also the question of the place of icons in our home, which is always relevant. IF POSSIBLE, they should be hung on the eastern wall, because as explained by St. Basil the Great: “We all look to the east during prayer, but few of us know that through that we are looking for the ancient paradise, which God planted in Eden in the east.” However, if conditions do not allow us to do so, the icon can be attached to any other wall.

In our store, you can find the most beautiful icons of different dimensions and production techniques in one place.

Orthodox shop – the most beautiful icons in our tradition

1. The most common holiday among Serbs is Nicholas Day. It is common knowledge that on December 19, half of Serbia celebrates, and the other half goes away. A large number of homes will also be lit this year with festive candles. This great benefactor is equally revered in the Western and Eastern worlds. Saint Nicholas is celebrated in some Orthodox countries as the patron saint of merchants, travelers, and sailors. Because he gave a lot of gifts and thus brought great joy to people, it is believed that the legend of Santa Claus originated from the life of Saint Nicholas.

2. Saint John, Prophet, Forerunner and Baptist, preacher of repentance, hermit and martyr, earthly angel and the greatest among those born of women. It represents one of the most common baptismal celebrations in the Serbian nation and is celebrated on January 20, July 7 (the day of his birth) and September 11 (the day of his death).

3. No personality is so deeply woven into the consciousness and being of the people as the personality of Saint Sava. Educator, writer, diplomat, Father of the Nation, Archbishop Saint Sava is not only associated with the name day of the school celebration, but is also a very common baptismal celebration in Serbian Orthodox homes. At the place where his relics were burned, on Vračar, a magnificent temple was built in honor of his name.

4. Saint Vasilije Ostroški, a great miracle worker whose miraculous works are known beyond the borders of the Serbian Orthodox Church. His holy body rests in its entirety in the Ostrog hermitage, not subject to the law of decay, for more than three hundred years. This miraculous saint has a special mission – to be the helper and healer of all those in need and pain, who come with faith and love and approach him as a great miracle worker and God’s pleaser. His memory is celebrated on May 12.

5. In addition to the Slavic icon, it is desirable to have an icon of Christ the Savior in the house. We can see all the sublimity of church art in the Byzantine icon which tends to show us the God-Man, as a person in whom “all the fullness of the Godhead dwells bodily”. On most icons, Christ is shown blessing with his right hand, while holding the Gospel in his left. This type of icon is called Christ Pantokrator, which means: Almighty, Omnipotent, which indicates the Lord Christ as the only true God, Creator and Omnipotent of the world.

6. The Icon of the Most Holy Mother of God certainly occupies a special place in the life of the Church. According to the words of Patriarch Paul, the icon of the Mother of God “should not depict a girl, such as there was in Nazareth, but a girl who, because of her spiritual beauty (all the beauty of the king’s daughter is inside – Ps. 44, 13), was chosen from among all generations to be mother of the Son of God and therefore “more honorable than the cherubim and incomparably more glorious than the seraphim.” In her image, therefore, we should be shown the realization of one of the basic secrets of our faith – the birth in the body of the Son of God, for our sake and for our salvation.” And that is why the Most Holy Mother of God is the greatest consolation and refuge of the faithful because, having brought the Son of God into the world, she became our greatest protector and advocate before God. 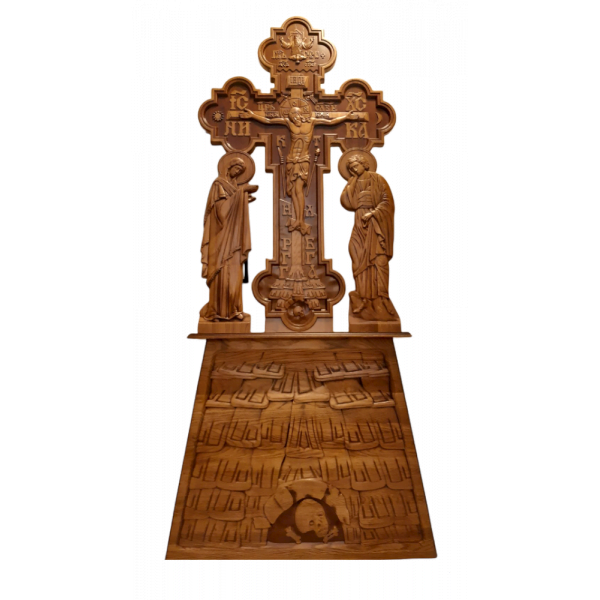 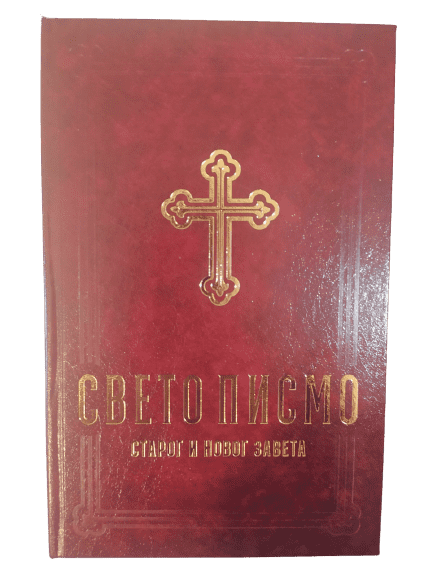 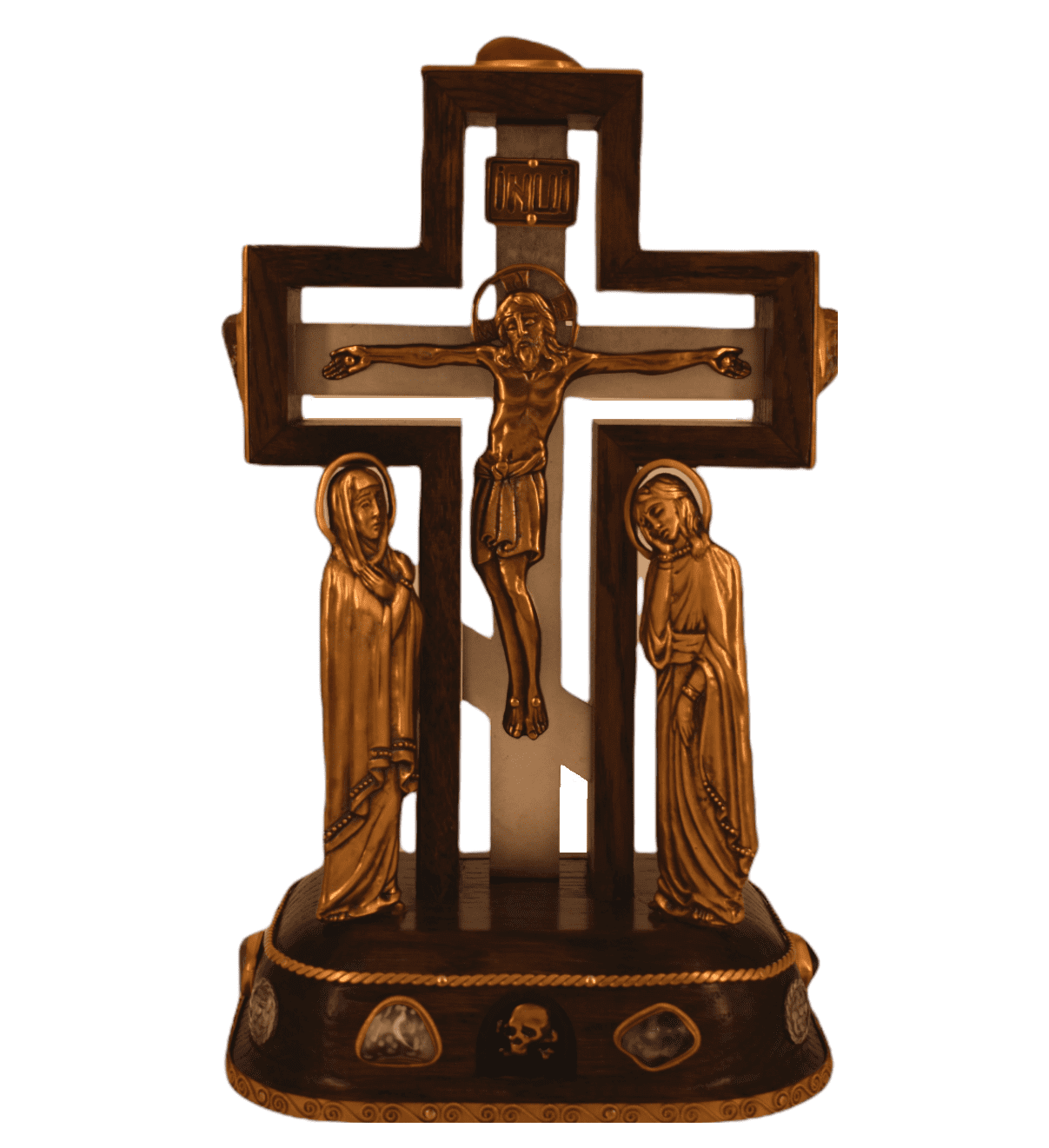 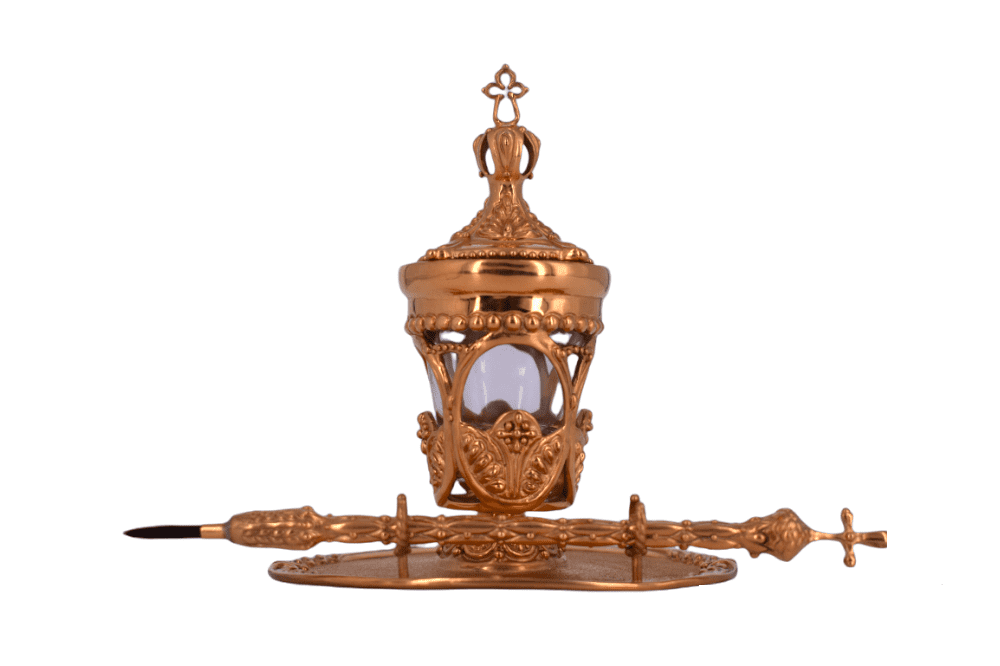 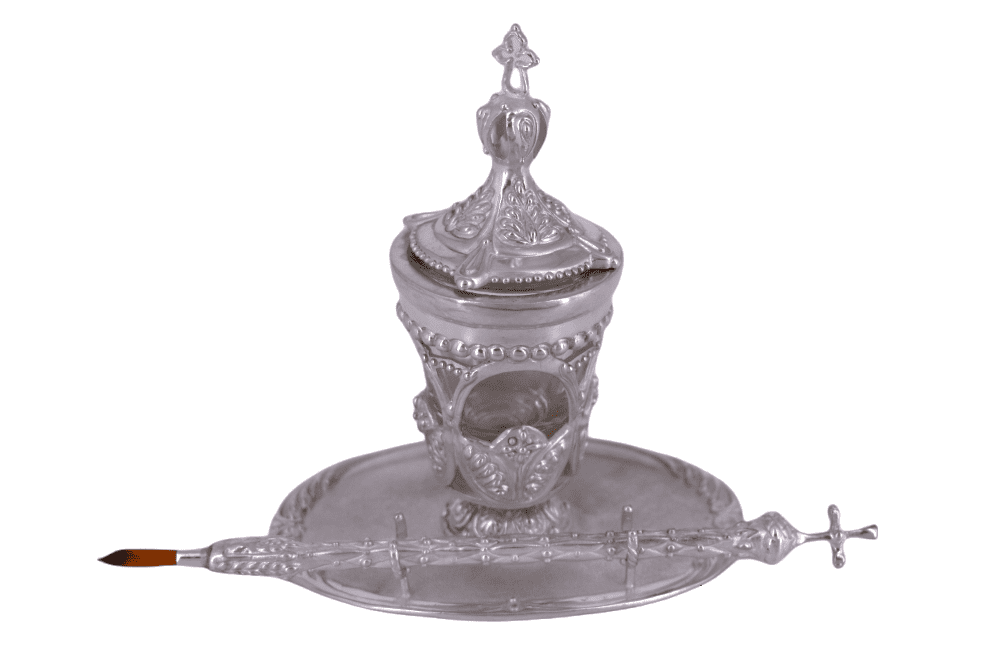 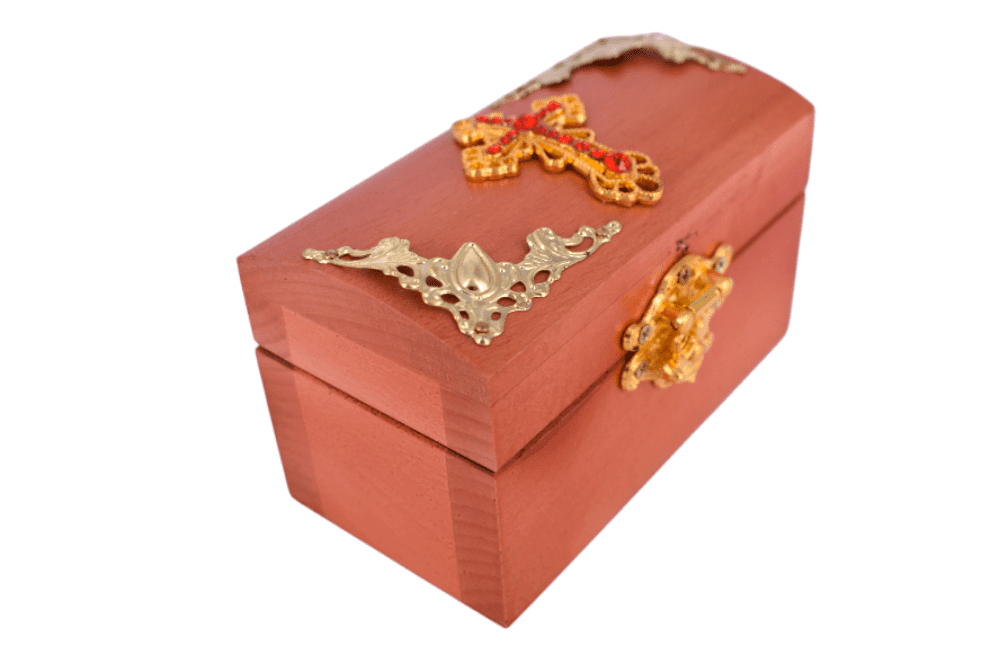 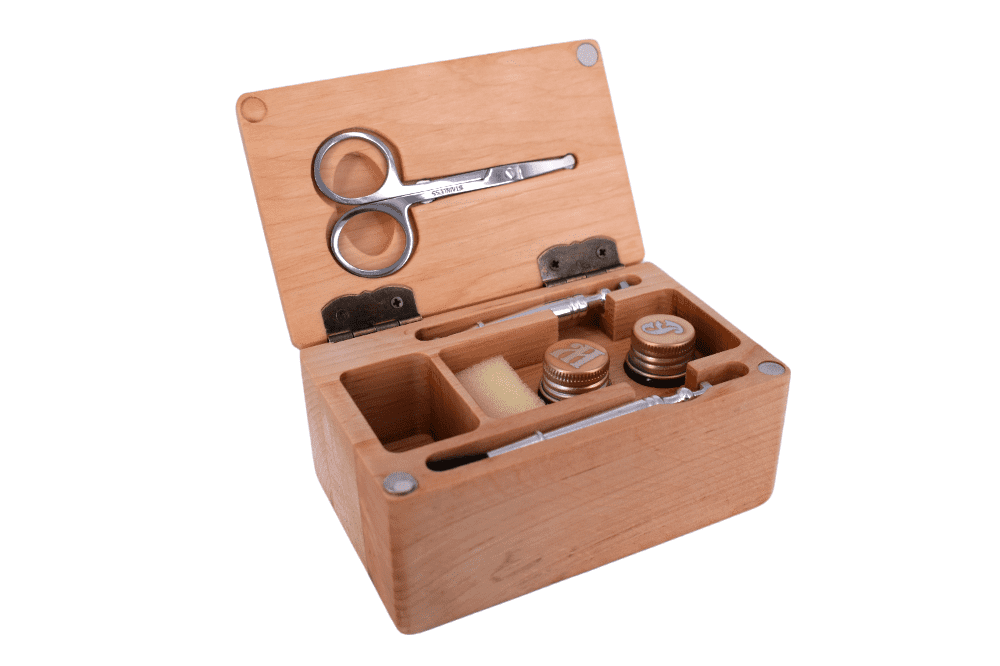 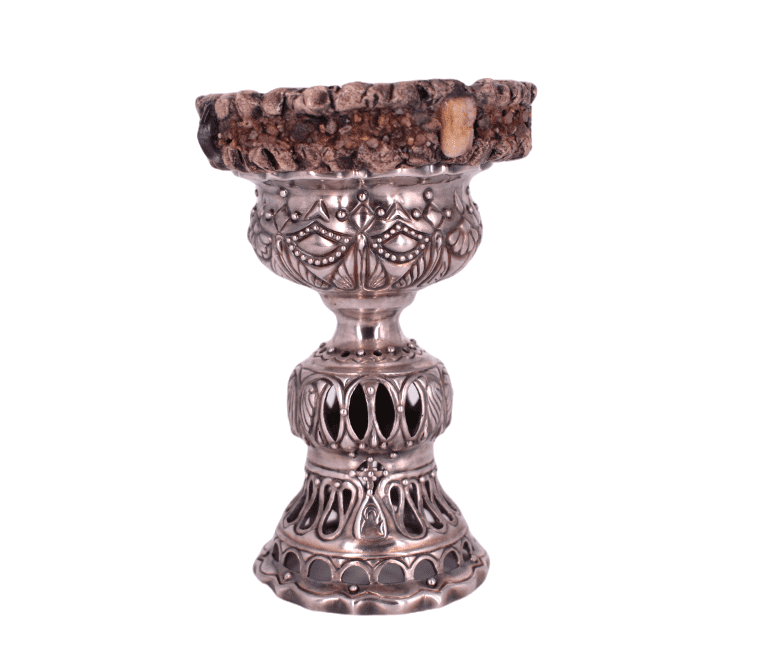 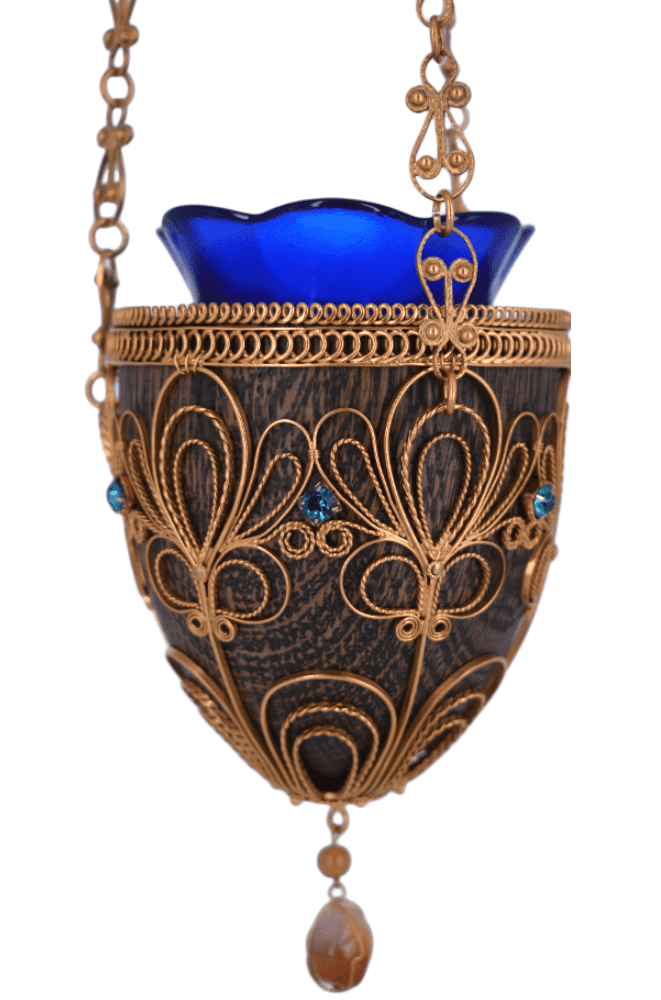 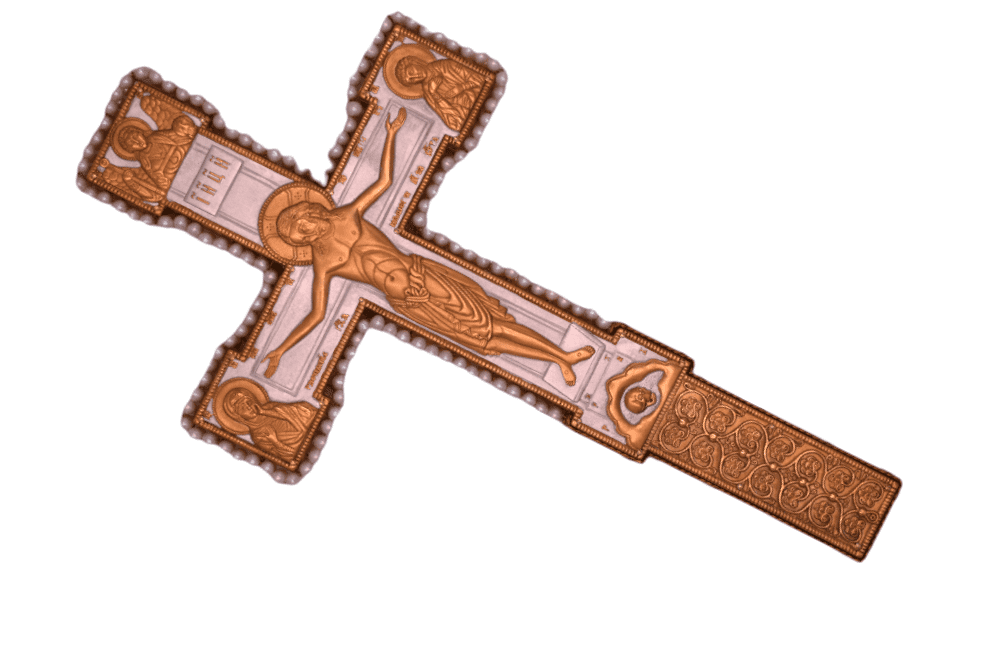